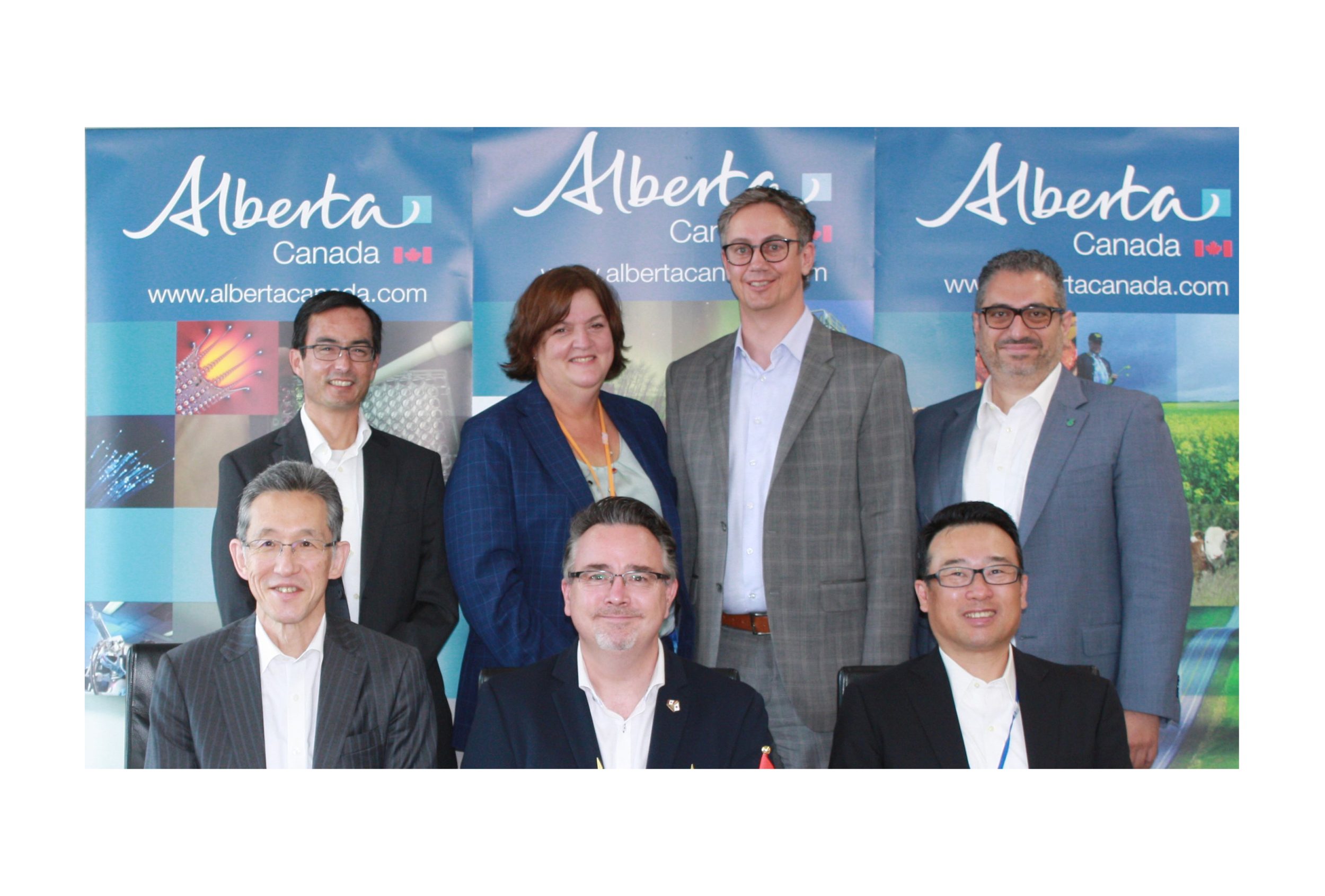 Inter Pipeline has taken another step in its evaluation of a world-scale integrated blue energy project that would diversify Canadian natural resources, create jobs and support global efforts to transition to a low-carbon economy.

Inter Pipeline joined representatives from ITOCHU Corporation and PETRONAS Energy Canada Ltd. in Tokyo, Japan this week to sign a Memorandum of Understanding between the three partners and Invest Alberta Corp. reflecting Invest Alberta’s commitment to support the project through advice, guidance and advocacy to all levels of governments as the partnership navigates its feasibility and development work. This follows Inter Pipeline’s recent announcement that it is partnering with ITOCHU and PETRONAS Canada to evaluate the development of world-scale integrated blue ammonia and blue methanol production facilities. Alberta’s Associate Minister of Natural Gas and Electricity, the Honourable Dale Nally, was also in attendance at the signing.

“This project would be among the first of its kind in North America,” said Inter Pipeline President and Chief Executive Officer, Brian Baker. “Once operational, these facilities would be at the forefront of diversifying Canada’s abundant supply of raw resources by converting them to value-added, energy transition products to supply growing global markets with low or no-carbon fuel and energy products.”

If sanctioned, this project would represent an exciting opportunity for Canada to play a key role in global efforts to establish a low-carbon economy through the production of thousands of metric tonnes per day of blue ammonia and blue methanol.

“This proposed project is another example of Alberta’s growth in cleantech as international investors continue to make Alberta a destination of choice for new energy projects. Alberta’s hydrogen economy continues to grow, creating a path towards, clean energy, less emissions, and new jobs,” said Rick Christiaanse, CEO, Invest Alberta in a release about the signing.

This opportunity is dependent on a thorough risk assessment to be conducted by Inter Pipeline, ITOCHU and PETRONAS Canada, and a commercial arrangement between the Partners. The Partners are expected to reach a final investment decision in early 2024. If sanctioned, construction would commence in late 2024 with a 2027 in-service date.

The long-term investment for these projects would contribute to a stronger Canadian economy and create as many as 20,000 direct, indirect and induced jobs throughout the construction phase. In addition, approximately 300 highly skilled permanent jobs would be created to support the ongoing operations of the project.

The Importance of Blue Energy

Blue methanol and blue ammonia are expected to grow rapidly as key transition fuels in achieving lower global emissions. Blue ammonia is an efficient method of transporting hydrogen, a much sought-after energy source that contains no carbon. Blue methanol serves as a versatile building block for countless everyday products, including adhesives and construction materials and is being evaluated for use as a low-carbon fuel for industries such as shipping.

The Government of Canada has stated it sees a significant opportunity for Canadian ammonia producers, particularly as technological advancements have enabled the production of blue ammonia. Canada is among the top-10 ammonia producing countries in the world, with Alberta coming in as the leading ammonia-producing region in the country, producing about 3.5 million metric tonnes of ammonia per year.

Ammonia is an inorganic compound produced through a chemical reaction between hydrogen and nitrogen at high pressure and temperatures. Ammonia is a chemical compound crucial to the global agriculture and fertilizer industry. It consists of nitrogen and hydrogen. Ammonia has a variety of other uses across pharmaceuticals, textiles and in wastewater treatment. It is an efficient method of transporting hydrogen, a much sought-after energy source that contains no carbon. At -33º C, ammonia is stored as a liquid.

Methanol serves as a versatile building block for countless everyday products, including adhesives and construction materials and is being evaluated for use as a low-carbon fuel for industries such as shipping. Methanol is a clear liquid chemical that is water soluble and readily biodegradable. 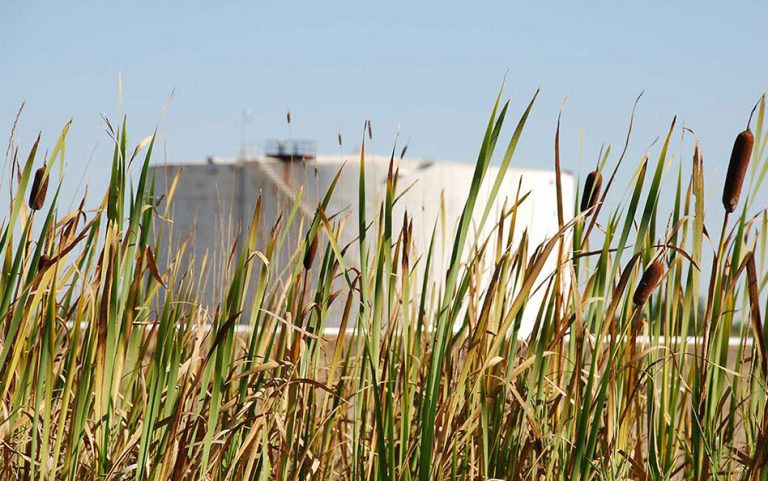 Inter Pipeline prioritizes the safety and protection of the environment for our employees, customers, shareholders and the communities in which we operate. 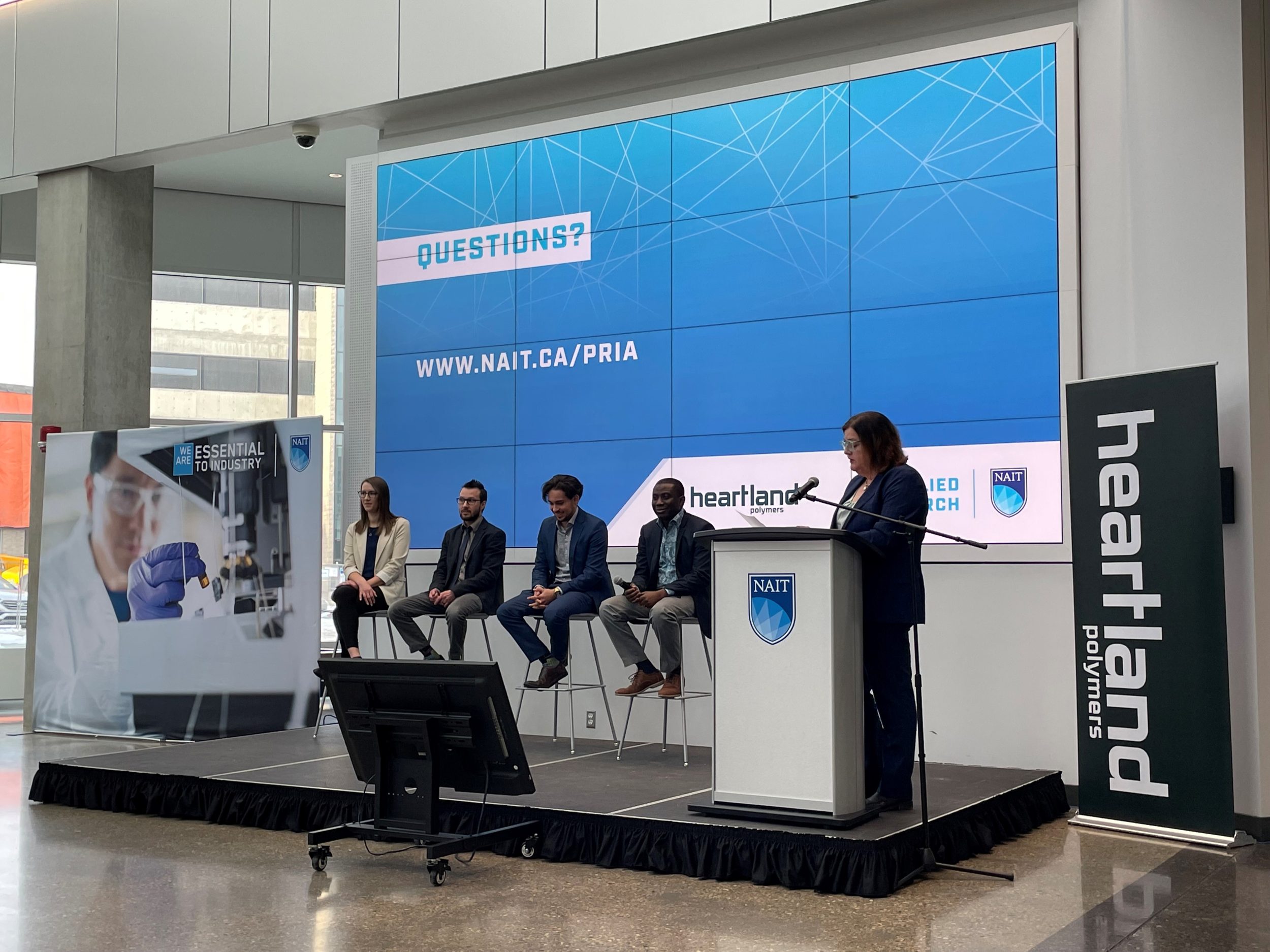 Three years, eight thousand student research hours and three projects in, progress is being made on the Plastics Research in Action (PRIA) partnership. PRIA is a ten-year research partnership between Heartland Polymers, Inter Pipeline’s polypropylene brand, and the Northern Alberta Institute of Technology (NAIT), focused on identifying opportunities for society… 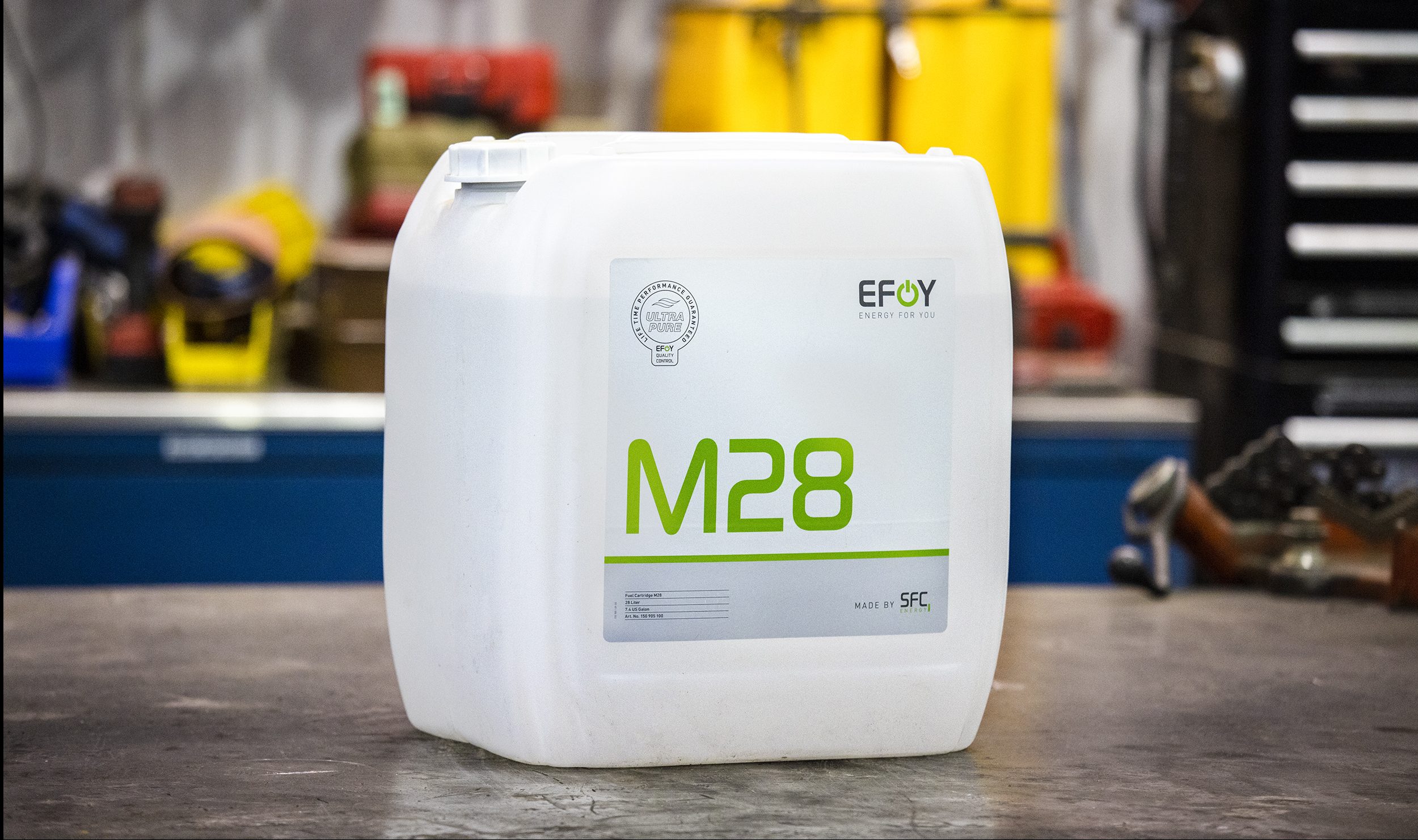 There is an innovative technology operating in Inter Pipeline’s (IPL) Fort McMurray district that is fueling a more sustainable approach to power. Finding sustainable and dependable off-grid power is a challenge for large scale operations oil sands transportation system, but in an industry where the landscape is continuously evolving, the… 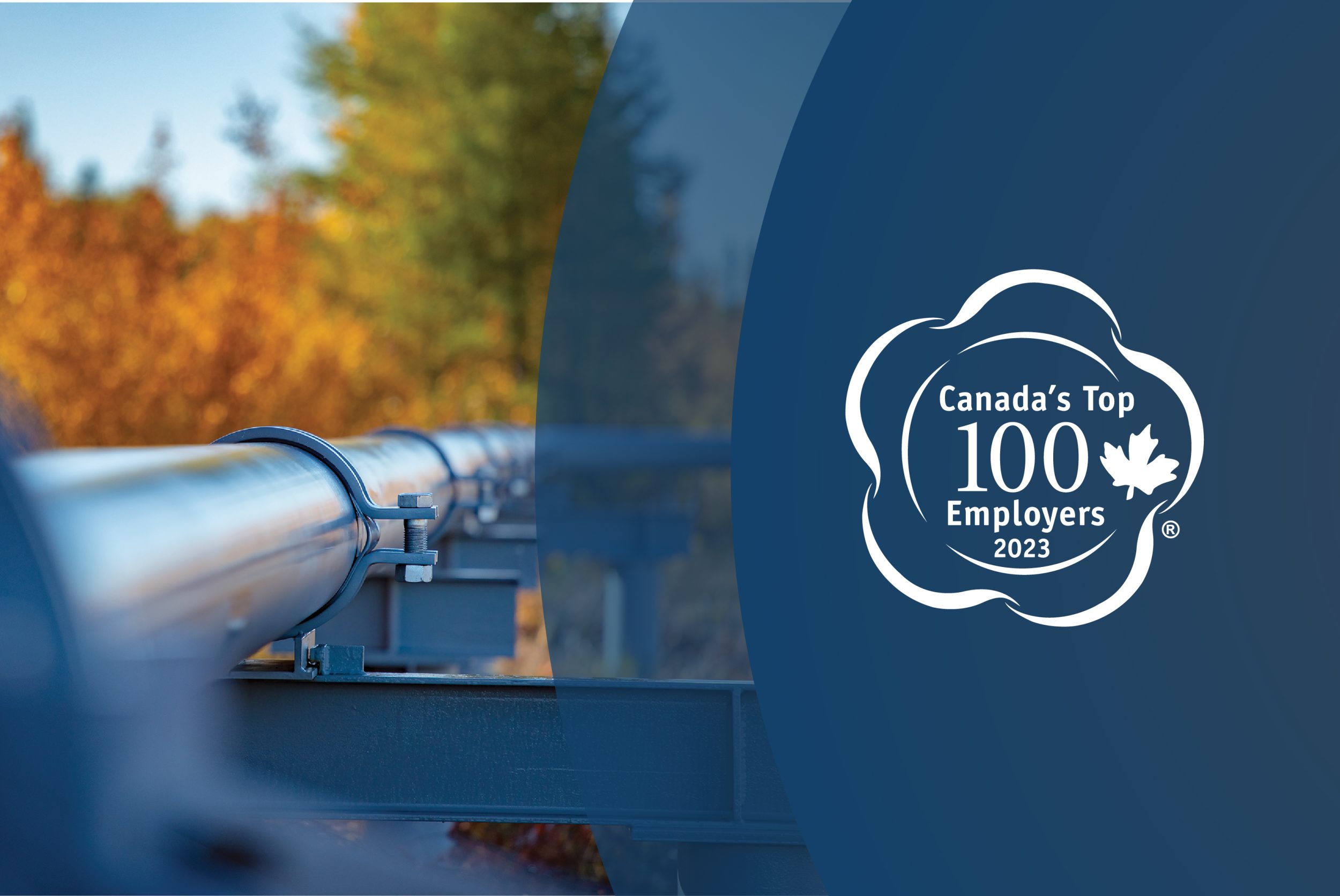 Proud to be Named one of Canada’s Top 100 Employers!